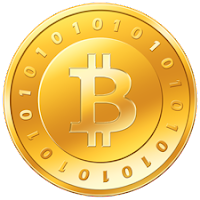 Bitcoin is a brand spanking new digital currency, designed to allow people to buy and sell without regulations imposed by (evil) banks, governments and corporations. It allows for anonymous, secure transactions which aren't tied to any individual’s or group’s identity. In true cyberpunk form, Bitcoin users have no need to trust any central authority; every aspect of the currency is secured through the use of strong cryptography. It is a dream come true for cypherpunks, hackers and criminal masterminds everywhere, and in its brief existence so far has garnered a massive amount of support.

Bitcoin was originally proposed as a theoretical design by mysterious computer scientist and software engineer Satoshi Nakamoto (a pseudonym), he basically set about to design a digital currency without central controls, and which is both secure and anonymous.
Double spending problem
The initial problem faced by all digital currencies is that of double-spending, since duplicating a digital file is as easy as copying a file on disk. This is a major problem with currency, since there must be a limited supply that has value. If you use a dollar at the supermarket in the morning, you can't expect to go out and spend the same dollar at a cafe in the afternoon. A failure to prevent double spending would make forgery of digital currency rampant, leading to an out of control inflation spiral, and eventually rendering the currency worthless.
The usual solution to the double-spending problem is the centralised approach of a trusted intermediary. PayPal makes sure that you can't spend the same dollars twice by deducting them from your account before they get added to someone else's account. Banks, Visa, MasterCard along with all payment processors do the same. However, this approach is one that Satoshi Nakamoto specifically tried to avoid in the design of Bitcoin. His idea was to rely on cryptography to create verifiable transaction records without the need to trust anyone in the system.
Digital cash
Below is a quote from the book The Ascent of Money: A Financial History of the World by British Historian and writer Niall Ferguson. It is particularly relevant to Bitcoin.
Today's electronic money can be moved from our employer, to our bank account, to our favourite retail outlets without ever physically materializing.
It is this 'virtual' money that now dominates what economists call the money supply. Cash in the hands of ordinary Americans accounts for just 11 percent of the monetary measure known as M2. The intangible character of most money today is perhaps the best evidence of its true nature. What the conquistadors failed to understand is that money is a matter of belief, even faith: belief in the person paying us; belief in the person issuing the money he uses or the institution that honours his cheques or transfers. Money is not metal. It is trust inscribed. And it does not seem to matter much where it is inscribed: on silver, on clay, on paper, on a liquid crystal display. Anything can serve as money, from the cowrie shells of the Maldives to the huge stone discs used on the Pacific islands of Yap.
And now, it seems, in this electronic age nothing can serve as money too. 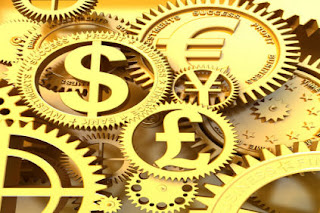 Does Bitcoin make a good currency?
Below I have listed seven requirements for something to be regarded as a good medium of currency, along with how Bitcoin stacks up on each one.
1. Acceptability: will everyone accept it to purchase goods and services?
Like other fiat currencies such as the dollar, and even gold, Bitcoins are worth something only because everyone else thinks they are worth something and are willing to trade things for it. A loss of confidence in Bitcoin could severely affect its value and even drive it down into a death spiral until it’s completely worthless. Acceptability is a weak point with Bitcoin currently. Apart from a very small number of merchants accepting Bitcoins as payment for goods, there are several online Bitcoin markets which maintain a floating exchange rate against the USD. These have so far been shown to be susceptible to market manipulation, speculation and even unfortunately to being hacked, as in the case of Mt Gox recently.
2. Durability: will is last a long time?
Bitcoin truly has an advantage here over physical money in the form of cash and/or bullion in that it only exists virtually, in the form of 1s and 0s (bytes). The electronic wallet file storing your private crypto-key (required for performing transactions) can be backed up ad infinitum, and thereby will never decay.
3. Portability and Convenience: is it easy to carry around?
To trade your Bitcoins, you need to use a free “Bitcoin client” application, plus you need access to the internet. There are many versions of the client available for use on mobile devices like the iPhone and Android along with the official Bitcoin client, which runs on Windows, Linux and Max OS X. Because of this, one can see Bitcoin being ideal for both small and large payments and also being popular in the developing world, where access to reliable money transfer services may be limited.
4. Scarcity: is it scarce enough to be valuable?
The supply of Bitcoins increases at a predetermined rate, the details of which have been determined by the following method: “Blocks” of Bitcoins are created at a constant average rate, about 1 block every 10 minutes and since there is a set number of coins minted per block (currently 50 coins per block), the total money supply, too, increases at this steady rate. For now, this rate is 50 coins every 10 minutes, i.e. 300 coins every hour. But every four years this ‘minting’ rate falls by a half. So the rate will drop to 25 coins per block in 2013, to 12.5 coins in 2017, and so on, in a geometric series, until the total supply of Bitcoins plateaus at 21m or so around 2030. This could be seen as a way of rewarding the early adopters and founders of Bitcoin. It will also mean that in the long term Bitcoin, if it succeeds and is popular, will be deflationary - the purchasing power of 1 Bitcoin will increase over time - a good thing.
5. Divisibility: can it be divided into small units?
Bitcoin is truly in a league of its own here with divisibility all the way down from 1 BTC to the eighth decimal place, or 0.00000001 BTC which is known as 1 Satoshi (pronounced sa-toh-shee), in honour of the founder of Bitcoins.
6. Legal Tender: is it backed by a government?
Bitcoin is not backed by any laws and is not considered legal tender in any jurisdictions. This however hasn’t stopped other currencies from becoming hugely successful; albeit for a short period of time, e.g. remember tulips in 17th century Holland?
7. Intrinsic value
Gold and Silver have intrinsic value in that they can be made into physical jewellery that people actually desire. Bitcoins (and even dollars for that matter) have absolutely no intrinsic value. In theory if a run happened on Bitcoin their value could plummet to zero.
So what holds for the future of Bitcoin?
As a payment transfer system, Bitcoin is the first of its kind in being implemented as a secure, distributed, peer to peer (P2P) system with no central transaction log; the transaction logs being stored on each of its peers (nodes). In this task it has excelled and has already shown it is more than capable.
In terms of being a fully fledged currency, for this it also requires a market, somewhere it can be given a hard value in terms of an existing currency. It’s on this side of the coin where Bitcoin has shown some failings so far, with the recent MtGox hack, and the subsequent freefall dive in value due to a large volume of trade. This demonstrates that even the most perfectly engineered cryptocurrency will still be affected by human factors such as exuberance, greed, doubt, loss of confidence, fear and panic. However, the strong cryptographic underpinnings of the Bitcoin system remain solidly in place, just as strong as ever and it will be very interesting to see what happens with Bitcoin over the next few months.
Bitcoin is a classic example of disruptive technology in the 21st century, building on advances of peer-to-peer distributed computing, the Internet, and cryptography. Although currently viewed as something of a novelty, no doubt government authorities would definitely take a bigger interest if trading volumes continue their upward march, if only to get their slice of the Bitcoin action.
Bitcoin currently has the first mover advantage in the peer to peer currency space. However since it is built on open source technology, it would be relatively easy for a competing digital currency to start up in parallel as direct competition. In fact if the history of Internet start-ups are anything to go by, we can expect a leaner, more efficient and stronger competitor to out-manoeuvre Bitcoin and to eventually take over the market, in the same way that Google took over the existing search market by doing search better than all the existing players. 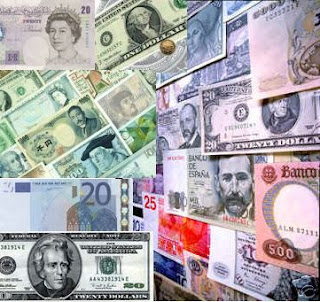 Email ThisBlogThis!Share to TwitterShare to FacebookShare to Pinterest
Labels: bitcoin